Everyone has an opinion about the value of college. Tony Carnevale has the facts.

Everyone has an opinion about the value of college. Tony Carnevale has the facts.

A decade of new insights on college, training, jobs

For a decade now, a small squadron of researchers at Carnevale’s Center on Education and the Workforce has explored the relationship between what students are learning and what skills employers need. The resulting economic lessons have been illuminating, both for long-time funders such as Lumina Foundation and for the journalists, policymakers, and others who routinely rely on the center’s work.

Take the perpetual national debate about how to find the right balance between liberal arts education and teaching skills that link more directly to jobs.

On the one hand, Carnevale is emphatically on the side of those who argue that a college degree generally pays off and is a key pathway to the middle class.

In a recent study, the Georgetown University-based center he leads reported that median earnings increase with each additional level of education. The median earnings of a high school diploma holder are $36,000, for example, compared to $62,000 for someone with a bachelor’s degree and $80,000 for a graduate degree holder.

At the same time, Carnevale has pioneered our understanding of the big difference college majors make to future earnings. CEW has shown that a bachelor’s degree in engineering or architecture leads to median annual earnings of $85,000—almost twice what education majors typically make.

This kind of analysis has led selective colleges to complain that Carnevale prioritizes practical, employment-related skills over less pragmatic but still vital liberal arts instruction. He argues this isn’t the case, insisting with trademark bluntness that a balance must be struck: “We don’t want to end Shakespeare—but we do want people to have careers.”

What’s more, he says, “parents, the public, politicians, and students are all on our side” because all have made it clear that employability of college grads is their priority. That explains how the center has won over its early critics.

“We started out as these wild and crazy people sullying the ivory tower,” Carnevale said. “We’re now part of the establishment.”

Over its first 10 years, the Georgetown center has been remarkably productive under Carnevale’s leadership. It has produced 45 reports, 16 journal articles, 45 op-ed pieces, and 18 blog posts—not to mention garnering some 5,000 media mentions.

Data and transparency are vital to understanding the relationship between education and workforce outcomes. See the Jamie Merisotis-Anthony Carnevale interview about the Center for Education and the Workforce at Georgetown.

But perhaps its greatest accomplishment has been to establish the core principle that data and transparency are vital to understanding the relationship between education and workforce outcomes.

That’s because, in a world where students are more varied and racially and ethnically diverse than ever and where workforce needs are evolving, we need more and better information about what kinds of educational practices provide the skills employers want.

This education might take place in different settings and at different life stages than it has in the past. What’s imperative is that we have tools to measure outcomes and make sure students, educators, and policymakers can make informed decisions about the best pathways to opportunity. Carnevale has helped create those tools, has publicized them, and has put them in the hands of consumers and policymakers.

For Lumina, Carnevale has been far more than a grantee—he’s been a true thought partner. His wide-ranging analyses have influenced everything from the 2025 goal of increasing the number of Americans with post-high school degrees or other credentials to 60 percent, to our work on competency-based learning, to our view of the value of sub-baccalaureate credentials such as associate degrees and certificates (which in the right fields can be worth more than a bachelor’s degree).

What’s next for the center? For starters, Carnevale wants to learn much more, in fine-grained detail, about the relationship between education and careers.

“That’s the next step—what’s the relationship between what you learn in school and what you need on the job?” He’d like to see this kind of analysis performed by occupation; it might cover everything from problem-solving and critical thinking skills to values and personality traits.

He’s also increasingly intrigued by the role of higher education as a bulwark against authoritarianism and a promoter of tolerance, both of which will be the subjects of forthcoming reports by the center. That line of inquiry, in turn, connects to his desire to do more work aimed at understanding the economic value of general education—typically provided in the first two years of college—in combination with specific fields of study: The center is best known for its work on the latter, but “both have value” in preparing students for the future, he emphasizes.

Clearly, Carnevale and the decade-old center will have a full slate for the foreseeable future. That’s good news for fans of their work, like me—and for the nation’s understanding of vital questions about education and jobs.

Back to News
Clips from the interview

See the 4 featured videos below for short clips from the full interview embedded in the story.

On reinstalling voc-ed back in high school 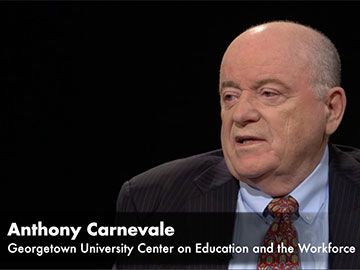 "If you install voc ed in high school, African-Americans, Latinos and other minorities, and working class whites and low-income kids will be on that track..."
Fourteen is the new 12 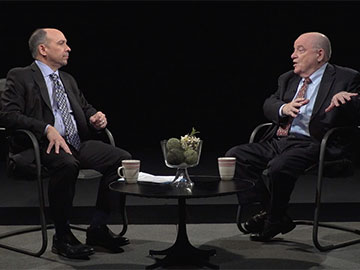 Get a couple more years of education; get a certificate, a one-year award in a particular field and so on....There is some possibility that we'll do free higher education, but I don't think we'll get there within the next few years.
A lot of them are left behind 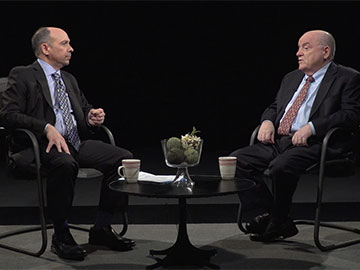 The tracking issue that used to be a K-12 issue, it's come back to a certain extent, because ... 48 percent of high school graduates don't get a postsecondary award - at least within eight years of graduation from high school.
What you have to do is whatever will work next 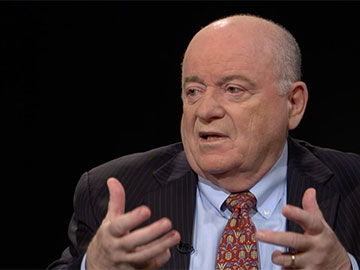 "When you sit down with somebody who is 16 years old and threatening to drop out of school, what you have to do is whatever will work next."