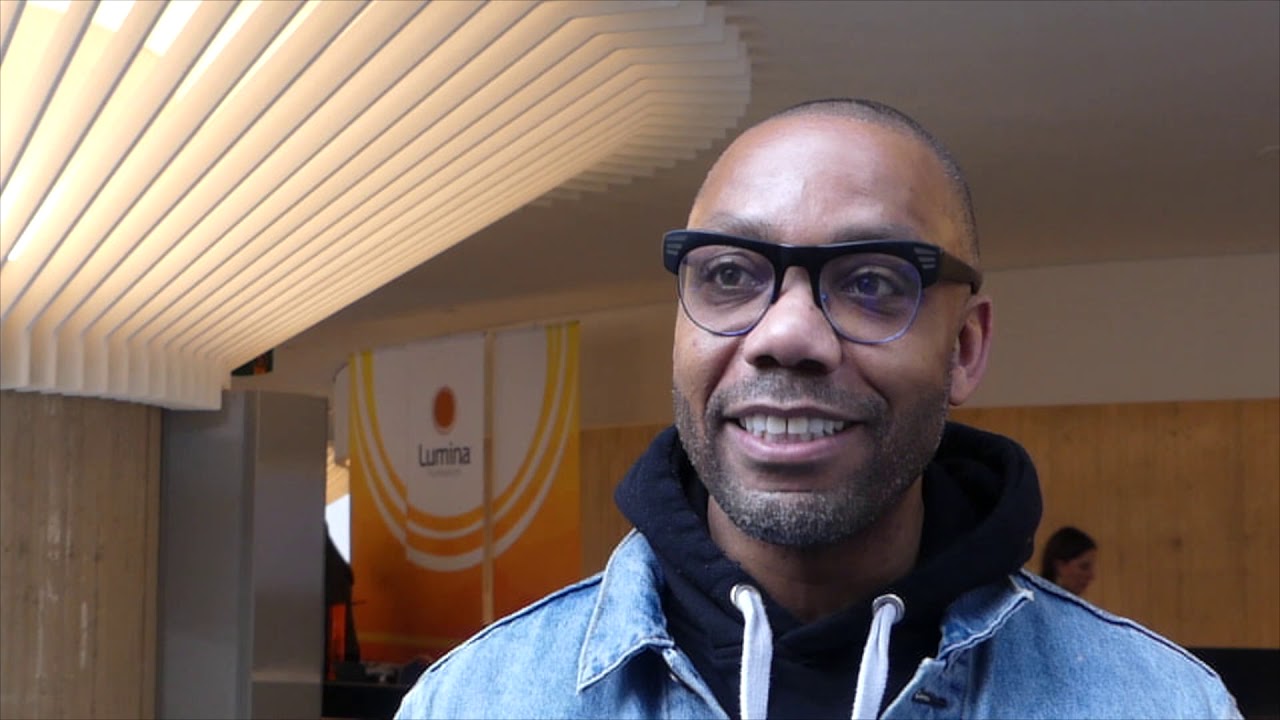 “I know my price.” – Investing in majority-black communities

There are 1,200 majority-black places in the United States.  Each community has economic, social, and political strength, yet lacks investments commensurate with its assets. Dr. Andre Perry, a fellow at the Brookings Institution, explains that it is not talent the prevents black communities from thriving; It’s inequity.

If you’re on the go, catch us wherever audio podcasts are found.

Nothing grows without investment – Building fairness in education

Dr. Andre Perry, a fellow at the Brookings Institution, studies race and structural inequality, education, and economic inclusion, and he says it’s not talent that prevents black communities from thriving.

“There’s unevenness in the distribution of resources for schools,” Perry told me on our Lumina podcast, “Today’s Student/Tomorrow’s Talent.” “There’s unevenness in our students’ ability to pay for higher education. Many of our colleges and universities are not delivering what’s needed in communities. And so my commitment for my brothers and sisters leads me to this work.”

One of Perry’s research projects examined housing prices. He says when a home is in a majority-black place, its price can be 25 to 50 percent lower than the equivalent home in a white space. The result: billions of dollars are lost for schools and communities.

Perry says there are 1,200 majority-black places, meaning there are census-designated places in which more than 50 percent of the population is black. Those places have economic, social and political strengths. What they don’t have are investments commensurate with their assets.

“So often we blame people,” he says. “It’s so reflective to essentially tell black men and boys—sometimes literally—to pull themselves up by the bootstraps, pull your pants up. That’s not the reason why whites go to college, because they have belt-wearing strategies that are different. Their higher homeownership rates aren’t because they have better haircuts. No. It comes from policy.”

Beginning to address inequity can be simple: “You find strong people and you invest in them,” Perry says.

“We have not been committed to investing and trusting black and brown folks with serious coin,” he says. “And that is what’s going to take us over the hump: direct deliberate investment in people we have not trusted thus far.”

Ultimately, Perry says, majority-black communities need to leverage their assets to promote economic growth. He retells a story from the August Wilson play “Two Trains Running,” in which the main character is about to have his business purchased by the city of Pittsburgh through eminent domain. The city offers $15,000. The character knows it’s worth more. He says, “I know my price.”

Time for change in this critical moment for higher ed racial equity, cost of college

“I think it’s fantastic that we are seeing equity creep into conversations about what higher education policy should look like. But, I’m really concerned that I’m already seeing it creep on out,” Danielle Douglas-Gabriel, Jesse O’Connell, and Amanda DeLaRosa offer their optimism and concerns about higher education in 2021.

Supporting Veterans and the GI Bill: A conversation with the Cyrus family, Dr. Eddie R. Cole, and Carrie Wofford

The GI Bill provides education, housing and other supports to veterans, but not everyone benefits equally.  On this Veterans Day show we talk with veterans, historians, and advocates focused on improving education opportunities for those who have served.

Dakota and co-host Andre Phillips, director of admissions at UW-Madison, talk with Melissa Korn and Jennifer Levitz, the authors of “Unacceptable: Privilege, Deceit and the Making of the College Admissions Scandal,” and Jeff Selingo, author of “Who Gets in and Why."