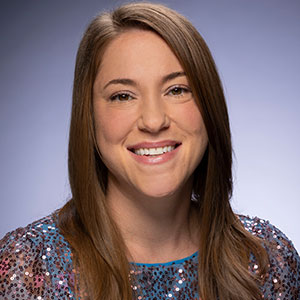 Amy Bartner is the audience engagement editor at Lumina Foundation, an independent, private foundation in Indianapolis that is committed to making opportunities for learning beyond high school available to all. She leads Lumina’s digital and social media outreach.

Previously, Bartner served at Conga, a global firm with operations across North America, Europe, and Asia that helps companies simplify and automate business processes. As a digital content producer there, she produced and managed a podcast, oversaw social content creation, and wrote and edited stories in a fast-paced tech-sector environment. Outside of work, Amy serves on the editorial board of Indy Maven, a weekly online magazine. Amy was born in Texas, grew up in Michigan, and has called Indiana home for more than 15 years.

She earned her bachelor’s degree from Michigan State University, where she majored in journalism with specializations in women, gender, and social justice.