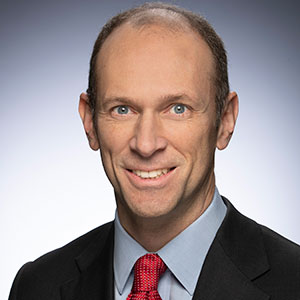 Austan D. Goolsbee is the Robert P. Gwinn Professor of Economics at the University of Chicago’s Booth School of Business. He previously served in Washington, D.C., as chairman of the Council of Economic Advisers and a member of President Obama’s Cabinet.

Goolsbee also served on the Economic Advisory Panel to the Federal Reserve Bank of New York, the Panel of Economic Advisors to the Congressional Budget Office, and the U.S. Census Advisory Commission. He also was a member of the Board of Education for the City of Chicago.

Goolsbee is a research associate at the National Bureau of Economic Research in Cambridge, Massachusetts.  His research has earned him recognition as a Fulbright Scholar and an Alfred P. Sloan Fellow.

Goolsbee holds bachelor’s and master’s degrees from Yale University and a doctorate from the Massachusetts Institute of Technology—all in economics.