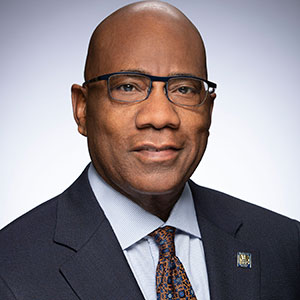 From 2015-17, Wilson served on the National Institute of Standards and Technology’s Visiting Committee on Advanced Technology. He also is president of the HBCU-China Scholarship Network. In addition, he is on the boards of the Maryland Cybersecurity Council, the Maryland Longitudinal Data System Center, the Greater Baltimore Committee, the Association of Public and Land-grant Universities, and the Association of American Colleges & Universities. In February 2010, President Obama appointed Wilson to the President’s Board of Advisors on HBCUs. He also serves on the Board of Governors and the D1 Board of Directors of the NCAA.

He grew up with 10 siblings on a tenant farm outside McKinley, Alabama, and was the first person in his family to attend college.