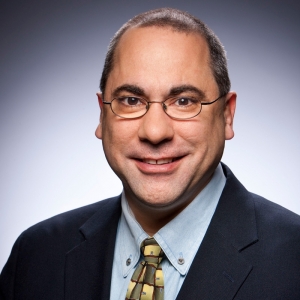 Kevin Corcoran leads Lumina Foundation's strategic communications team. Before assuming this role in late 2016, he spent eight years overseeing design and policy work that promoted development of new higher education business and finance models. These models were aimed at helping the United States achieve a goal of 60 percent of working-age people with college degrees, certificates, or other quality post-high school credentials by 2025. His areas of expertise include competency-based learning, state authorization of online degree programs, and outcomes-based funding. He also built and oversees a portfolio of grants supporting public and nonprofit news and training organizations, including PBS NewsHour, Washington Monthly, and WGBH in Boston.

Corcoran serves on the board of The Communications Network, the leading organization nationally helping foundations and nonprofits improve lives through smart communications. Before joining Lumina in 2007, Corcoran worked as a newspaper reporter for nearly 20 years, including as an investigative reporter for The Indianapolis Star. His work also has been published in The Arizona Republic, The Milwaukee Journal and newspapers in suburban Chicago and Fort Wayne, Ind. He has received local, state and national awards, including the George Polk Award and the American Bar Association's Silver Gavel, and his work was cited by groups such as Human Rights Watch and the National Mental Health Association.

Corcoran holds a Master of Business Administration in corporate finance and a bachelor's in journalism from Indiana University.