Honoring a sacred trust for those who came before us

Editor’s note: For this issue of Focus, Lumina relied on an experienced team of Native American journalists led by award-winning writer and producer Suzette Brewer, a member of the Cherokee Nation. This is her take on the project: its challenges, its potential, and her motivation for pursuing it.

In 1906, my grandfather, John Brewer, was hauled off to the Chilocco Indian Agricultural School in Newkirk, Indian Territory, in what is now Oklahoma. A boy who had never been away from his family, he lived in the deeply traditional Cherokee community of Bell, where my great-grandparents had settled on their Indian allotment in the late 1800s, after the Dawes Act carved up tribal lands.

To put it mildly, grandfather’s time at Chilocco did not go well. J.B., as he was known, immediately rebelled, mocking his white teachers to their faces—in Cherokee, which was forbidden. He took his beatings, I’m told, without fanfare or tears. He defended and helped his fellow students where he could, fighting the cruelty of a system he saw as a pointless exercise in “trying to turn a dog into a cat.”

He also resented Chilocco’s status as an “agricultural school.” After all, his ancestors had been farming for thousands of years; to J.B., the school’s so-called “modern” farming methods were backward and unsustainable.

“We see this project as a rare gift, a chance to tell our own stories—in a way that honors those who came before us and sacrificed so much.”

“What were the yonegs (white people) going to teach me that I don’t already know?” he later told my father. Indeed, during the Dust Bowl, he was proven right, as 850 million tons of over-farmed topsoil tore away from the southern plains and flew east in vast dust storms—one of the worst man-made environmental catastrophes in history.

Family members say J.B. ran away from Chilocco eight times. Seven times, the authorities sent mounted trackers down to Bell to retrieve him. Seven times they dragged him back to an institution that he knew—and despised—as a government-sanctioned work camp for Native children as young as 5.

After the eighth escape, however, Chilocco finally gave up and he stayed with his parents. When my father came along in the 1920s, the memory of Chilocco was still so toxic that J.B. and my grandmother refused to allow my father to go to school past the fourth grade. They believed he’d be better off without an education than being sent to a boarding school.

Their belief was well-founded, given the boarding schools’ record of poor educational outcomes, forced labor, sexual and physical abuse—even mysterious deaths. These horrors, quietly shunted away from investigation or oversight, were already an open secret among many Native people, who were powerless to stop them.

J.B.’s story is very common among elders in Indian Country. But it’s unusual in one respect: He was able to escape and stay with his family. Not without scars, though. The trauma of Chilocco shaped my grandfather’s life in ways that still reverberate in our family.

In fact, the trauma reverberates far wider than that. Any discussion about modern “Native higher education” must begin there, with sober reflection on that trauma. To understand today’s reality, we must first confront the brutal, lingering legacy of colonial mission schools and government boarding schools. That is the starting point for how most Indian people view education and its value in their communities.

That’s why this project is so important to me personally—and, I believe, to the team of Native American photojournalists who worked with me. Most of the contributors and participants had parents or grandparents in the boarding school system—and a shared understanding of what that means.

We see this project as a rare gift, a chance to tell our own stories—in a way that honors those who came before us and sacrificed so much.

Today, thousands of Native students across the country are turning the tide of centuries of educational malpractice and abuse. They’re forging their own destinies in the world of learning by proudly embracing their languages, cultures, and histories. They see their forebears as an integral part of who they are as tribal members, and they’re bringing that unique point of view into the classroom. It’s been our privilege to highlight even a few such students in this work.

That said, there is still a long way to go.

These stories of today’s Native students can’t repair the damage done over centuries. They can’t mend scores of broken treaties or make good on the promises of education made in exchange for Indian lands. Those wounds can never fully heal. Still, we consider this project a sacred trust, a chance to at least promote the healing through the power of storytelling.

And so, is it to our parents and grandparents, and to the enduring spirits of hundreds of thousands of Indigenous children, that we dedicate this project. May their stories live on so that we can continue healing our communities and create a better life for our own children and future generations.

We began this project over a year ago as the pandemic was beginning to ramp up— especially in Native communities, which were hit particularly hard by COVID-19. More than once, we had to push pause when our videographer became ill with the virus. A month later, one of the students and her entire family became sick at the same time, infected by a relative who had visited from Phoenix.

Each member of the project team endured stress, logistical challenges, and the uncertainty of traveling during a global pandemic—not to mention the loss of many friends, relatives, and members of our communities. It is a testament to their courage and resilience that we completed this work as intended: in a way that reflects Native intellectual and creative excellence unfiltered by outside narratives.

We also give our profound thanks and gratitude to the students, who were so generous to allow us to tell their stories, and to the many people at these institutions and in the Native communities who worked with us throughout the pandemic. They went above and beyond to help ensure that we could finish our work while keeping everyone safe. Finally, deep thanks also goes to Lumina Foundation for the time, space, and support of Native intellectual freedom.

In our languages, we say: Wa do, Miigwetch, Ahee hee, Pinamaya, Yaw^ko – Thank you. 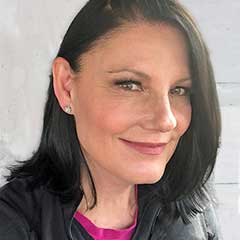 Suzette Brewer, who led this extraordinary team of Native journalists on Lumina’s behalf, is a writer specializing in federal Indian law and social justice. She’s written extensively on the Indian Child Welfare Act, the Supreme Court, Native voting rights, environmental issues on Indian reservations, the opioid crisis, and violence against Native women and children. Her work has appeared in Indian Country Today, Rewire, The Dallas Morning News, The Denver Post, and many others. Her published books include “Real Indians: Portraits of Contemporary Native Americans and America’s Tribal Colleges” and “Sovereign: An Oral History of Indian Gaming in America.” Her broadcast work includes “A Broken Trust: Sexual Assault and Justice on Tribal Lands” (2019) for Scripps News Service in Washington, D.C., which won the Robert F. Kennedy Journalism grand prize for reporting on human rights and social Justice. Brewer is the 2015 recipient of the Richard LaCourse-Gannett Foundation Al Neuharth Investigative Journalism Award for her work on the Indian Child Welfare Act, and a 2018 John Jay/Tow Juvenile Justice Reporting Fellow. She is a member of the Cherokee Nation and is from Stilwell, Oklahoma. 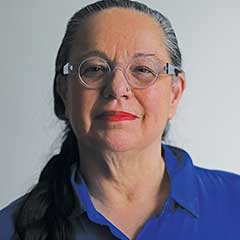 Mary Annette Pember, citizen of the Red Cliff Band of Ojibwe, is national correspondent for Indian Country Today. She has worked as an independent journalist focusing on Native American issues since 2000. Her work has appeared in other venues including The Atlantic, The Guardian, The Washington Post, Al Jazeera, The New York Times, Rewire News, The Columbia Journalism Review, Yes Magazine, In These Times and many others. Pember worked as a staff photojournalist and photo editor for mainstream daily newspapers for several years before beginning her writing career. She has covered subjects including the high rates of sexual assault among Native women, sex trafficking, missing and murdered Indigenous women, health, impact of historical trauma on Native communities and environmental challenges on Native lands, federal policy issues as well as cultural and spiritual topics. Pember is a past president of the Native American Journalists Association and is the recipient of many media industry awards and fellowships. 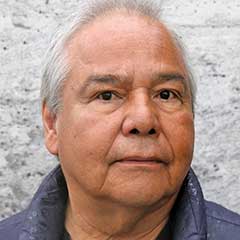 Ken Blackbird, whose lineage is Gros Ventre/Assiniboine, is an enrolled member of the Fort Belknap Indian Community of Montana. A photojournalist and freelance photographer in a career that spans more than 30 years, his work on modern life in Cuba was recommended for a Pulitzer Prize in 2003. To date, he remains the only Native American photographer nominated for this prestigious award. A graduate of the University of Montana’s School of Journalism, he has lived in the Cody, Wyoming, area for many years. 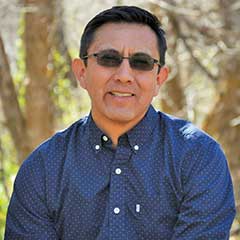 Hondo Louis is a member of the Navajo Nation from Crystal, New Mexico. He owns Wayfinder Media, a digital cinema production company operating in the Four Corners and the Southwest, specializing in short- and long-form narratives, commercial, educational, and corporate production. A still photographer, he specializes in black and white portraiture. He is a marketing strategy consultant, assisting federal, state, tribal, educational corporate and nonprofit clients. He’s also an adjunct professor of business at Navajo Technical University and Diné College. Louis holds a master’s degree in business administration from the BYU Marriott School of Management and a master’s in cinematography from the Academy of Art in San Francisco. 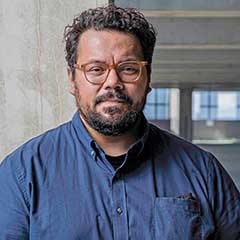 Patrick Metoxen Jr. is an enrolled member of the Oneida Nation of Wisconsin from Green Bay, where he lives with his wife. He graduated from the New York Film Academy in 2012, where he studied filmmaking, directing, and acting. He has worked on numerous independent projects, music videos, and interviews. Metoxen runs and operates PM Productions in Green Bay with his father, Patrick Sr., where he works closely with his tribe.

Students at Diné College find relevance on the rez

Triston Black had the world at his feet. As a senior at Navajo Preparatory School in Farmington, New Mexico, scholarships and enrollment incentives were pouring in from across the country as colleges and universities were hoping to recruit him.

Menominee equips warriors for the fight to save the Earth

Jasmine Neosh had arrived at an inflection point. In the fall of 2016, the Menominee tribal member was waiting tables and tending bar at an upscale Chicago eatery as the protests over the Dakota Access Pipeline grew into a full-blown crisis in the northern Plains.

In the early 2010s, Lisa Dirks was visiting her relatives in Alaska when she noticed an article in the Aleut Corporation newsletter on their dining room table: an item that looked like a research article. As a scholar, researcher, and tribal member, she was curious about its contents, so she picked it up and began reading.