Now is the time to unleash the talent in Puerto Rico

Now is the time to unleash the talent in Puerto Rico

Puerto Rico has plenty of talent – but too few opportunities to unleash it.

Puerto Rico has plenty of talent – but too few opportunities to unleash it. I saw this first-hand on a recent visit to the island for a conference aimed at increasing education beyond high school for all Puerto Ricans.

Despite the economic and structural devastation from Hurricane Maria and the resulting hardship, I saw a passion for learning and rebuilding lives. Consider that Puerto Rico has a postsecondary education attainment rate of 47.1 percent – virtually identical to the national rate of 47.6 percent. In fact, Puerto Rico’s attainment rate exceeds that of 26 states on the mainland.

What’s more, Puerto Rico has increased its attainment levels by more than 8 percentage points since 2008.

That is great news. Still, if less than half of Puerto Ricans are earning credentials beyond a high school diploma, they’ll be unlikely to weather the next storm, figuratively or literally.

Here’s why: a postsecondary credential is absolutely essential for a good job and a good life. In fact, more than 60 percent of jobs require a credential beyond high school. Today, with only 48 percent of Puerto Ricans meeting that standard, far too many people are being left out and left behind. They include the poor, racial and ethnic minorities, and adults who want to learn but face obstacles before they can succeed.

Today, only half of Puerto Rican high school students go on to college. Of those who do, fewer than half earn degrees in six years. At a time when finances are under tremendous strain, increased resources – such as more and better-trained high school counselors and affordable education options – are desperately needed.

But we can’t stop there, especially since the younger population is declining (we saw a 42 percent decrease in children under 18 over the past decade). That means we also have to focus on adults. Half a million Puerto Ricans have high school degrees but never went further with their education. An additional 150,000 adults started at a university in Puerto Rico but left before earning a credential.

Solutions to these and other complex issues were the focus of our conference. Here are some next steps that will bring results:

In short, Puerto Rico must build a postsecondary system that is affordable, equitable, accessible and flexible enough to recognize all quality learning.

I know it won’t be easy. Poverty is high, the economy is under stress, and Maria dealt a punishing blow.

But history has shown that Puerto Ricans don’t let tough challenges hold them back. In San Juan, I saw people brimming with pride in their history, love, and ambition for their families, and passion for their homeland. Now, we must harness that passion and pride by enhancing opportunities for education and jobs.

I was honored to visit this beautiful island. I was blown away by the people and their talents. It’s time to unleash the potential of all Puerto Ricans through the power of learning and pave a bold future for Puerto Rico. 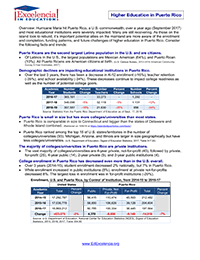 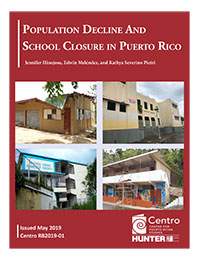