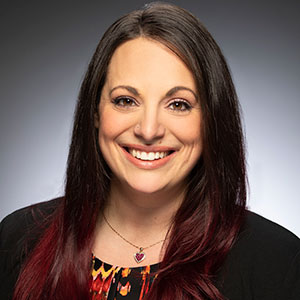 Lauren Runco is a strategy officer at Lumina Foundation, an independent, private foundation in Indianapolis that is committed to making opportunities for learning beyond high school available to all. In that role, she works to support the creation of a system in which student success and credential attainment are scaled up significantly, particularly in community colleges.

Runco served as the founding director of the Office of Military and Veteran Services at Marywood University, was a veterans affairs certifying official, led the national Veteran Knowledge Community for NASPA, and received the Army Commander’s Award for Public Service.

She earned a bachelor’s degree in international studies from The University of Scranton and her master’s in higher education administration from Marywood University.