In a brutal recession, education is more important than ever – here’s how to help people finish their college degrees

In a brutal recession, education is more important than ever – here’s how to help people finish their college degrees

Few institutions in society will be spared as the worst economic, social, and public health crisis in our lifetimes unfolds. That includes higher education – but we can still seize the moment to fix a system that’s long overdue for change.

Millions of adults have started college but don’t have a credential, and with FAFSA filings down significantly and education plans in flux, it’s safe to assume that number will increase in 2020. But while the conditions that have led to more than 15 percent of our adult population holding some college credit but no credential represent a systemic failure for years, it’s my hope that the acute crisis in which we are living spurs states and institutions to action on behalf of students. It is time to heighten the priority, especially in public higher education systems, of assuring completion of high-quality degrees.  Progress has been made in increasing completion rates, but much more work is needed.

Specifically, we need to address inequities that have multiplied within higher education for decades. People of color are more likely to have some college credit but no credential, as most postsecondary institutions and states have allowed completion gaps to persist and grow. The long-term implications of not completing a credential are well-documented—those with some college earn median incomes nearly $20,000 less than those who hold a baccalaureate degree. The pandemic-driven unemployment crisis has negatively affected those with some college most.

Credential completion, and specifically high-quality, stacking credentials, should be goal No. 1 after ensuring students are fed, housed and safe. We can add “completion capacity,” the resources and commitment to get this done – in a variety of ways, through programmatic and structural changes.

These are just four ideas out of the dozens that are being considered and implemented across the country. I applaud states and institutions that are pivoting to meet learners’ needs and support them across the graduation stage. But after graduation season is over, millions of adults with some college credit will still lack the credentials they need to be competitive, and many more will likely join their ranks. In the spirit of solution, let’s not surrender to the immensity of the problems that we’re facing – but develop solutions for those who need them. 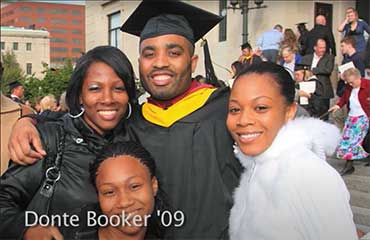 TESU is one of the first schools in the country designed specifically for adults.
Degrees When Due 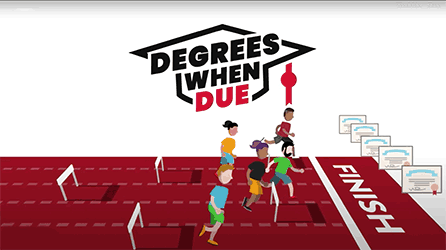 Degrees When Due is a completion and equity initiative to help states and colleges increase degree attainment among the “some college, no degree” population. 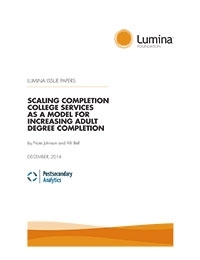