Supporting Native Americans as they learn and earn degrees

Supporting Native Americans as they learn and earn degrees

One million fewer students: that’s how deeply college enrollment declined since 2019, with no signs of rebounding anytime soon. This hurts people across the nation who want to learn and build better lives. But one group, Native Americans, especially deserves our help.

Nearly 10 million people in the U.S. identify as American Indian or Alaska Native (AIAN)–about 3 percent of the population, according to the recent 10-year census. Unfortunately, these individuals are often forgotten, dismissed, and ignored—including in education.

AIAN students—who make up just 1 percent of the U.S. undergraduate population–face a complex set of challenges, made worse by centuries of discrimination. They confront systemic failures in schools, high rates of poverty, and language and health issues, all making access to higher education difficult if not impossible.

We see this in stark detail on A Stronger Nation, Lumina Foundation’s data tool for examining the extent and composition of American post-high school learning. These data arrive at a crucial moment for America, as 65 percent of today’s jobs require a degree or post-high school credential. While 44 percent of 25- to 64-year-olds nationwide hold associate degrees or higher, that number is only 25.1 percent for Native Americans, below Black, White, and Hispanic or Latino residents. For comparison:

More losses are evident in the Fall 2021 National Student Clearinghouse report. College enrollment is down over 5 percent in the past two years, with Native Americans hit the hardest. National enrollment for Native Americans dropped 15.2 percent over the past two years, including 12.7 percent at public four-year colleges and a crushing 20.8 percent at public two-year schools.

Some approaches are working

Reversing these trends is no easy task, especially since Native American learners are widely diverse and dispersed, with more than 570 tribes across 36 states.

But some educators are making progress with novel approaches. California now has three tribal colleges that encourage Native Americans to return to school, with promising early results. Meanwhile, the University of Minnesota increased its six-year graduation rate for Native American students from 27 percent to 69 percent between 2008 and 2018 by increasing Native staff and dedicating a campus center to serving Native students.

And a new Colorado law gives in-state status–meaning lower tuition–to students from 48 tribes with historical ties to the state.

Coordinated, proactive efforts to support AIAN students–while honoring their proud culture and heritage–are crucial to helping them feel welcome on campus and start to regain the ground they’ve lost.

But the turning point will come when we raise the visibility and voices of Native Americans in our national debates on higher education access, affordability, and inclusion. We can no longer ignore the needs of nearly 1 million AIAN students. A system of learning that leaves people behind based on their race, ethnicity, or income is unacceptable.

By focusing on our most overlooked students, we will help them learn, grow, and contribute their abundant talents to a better future.

[Courtney Brown, Ph.D., is vice president of impact and planning at Lumina Foundation, an independent, private foundation that works for racial equity as it helps all Americans learn beyond high school. Brown has a deep, personal interest in supporting Native American students after focusing her master’s studies in linguistics on Tuscarora, the Iroquoian language of the Tuscarora people. Read inspiring stories about Native American students who are leading the way in teaching and research in Lumina Foundation’s Focus magazine.] 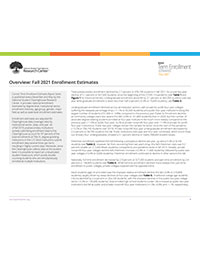 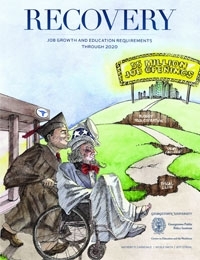