In social science textbooks—and often in our minds—life happens in stages. Many of us see it as a logical sequence of predictable steps: childhood to adolescence to adulthood … school to college to career … love, then marriage, and then parenthood.

And then there’s reality. No one’s life has ever really unfolded precisely by the book, of course. But in these chaotic and challenging times, the idea of a neat, orderly progression is just that: an idea—if not a fantasy.

These days, life doesn’t progress in steps. It happens all at once. And no one knows that better than today’s college students. After all, they’re juggling the various stages of life like no other group of students has ever had to.

Nearly two-thirds (64 percent) of today’s undergraduates also have jobs, and 40 percent work full time. About four in 10 (37 percent) are 25 or older, and the average age of today’s student is about 26. And nearly one in four of them (24 percent) have children of their own. 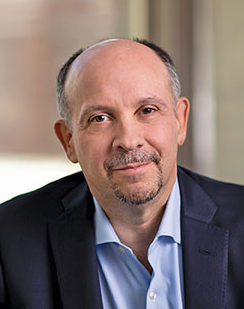 This last juggling act—balancing the demands of parenthood with the rigors of college attendance—is perhaps the most difficult, if only because the stakes are so high. And there are a lot of jugglers out there. Across the country, nearly 5 million people—2 million of them single mothers—are raising children as they pursue their dreams of higher education.

In this issue of Focus magazine, you’ll meet just a few of these skillful strivers—and the educators and staff who are helping them succeed.

Thanks to these institutional efforts, and to their own determination, the student parents featured in this issue of Focus have remarkable success stories to share. They are thriving despite the pandemic, despite recent eruptions of racial turmoil and hatred, despite the never-ending list of responsibilities they must constantly juggle.

We at Lumina are proud to offer them this platform, and we encourage you to take the time to get to know them. They, and the millions of other student parents they represent, richly deserve our admiration—and all of the support we can give them.

Family feeling at HBCUs a key to student success

When it comes to meeting the needs of student parents, the nation’s Historically Black Colleges and Universities have always been in the forefront—in part because they seek to create a supportive, family-type atmosphere. “Historically, we have had to be our brothers’ and sisters’ keepers,” explains one well-known expert on the history and culture of HBCUs. “It’s no coincidence. It’s not serendipitous. It’s because we care.”

College success isn’t just an individual goal, or even one that can be confined to the campus. To maximize progress—and to ensure that success is shared by all segments of the population—it’s an issue that must also be tackled at the state level. Officials in Minnesota have taken that lesson to heart. Through a variety of public-private partnerships, they’re working to build a holistic approach—not just to increase degree attainment, but also to improve health and employment outcomes.