When the Bill Comes Due

The first federal student loan program was designed to increase the number of students pursuing careers in areas considered important to national security. As student loan programs expanded to serve a broader cross-section of students and became the federal government’s primary form of student aid, repayment options—including plans based on income—evolved to help students manage loan debt. “When the Bill Comes Due: Evolution of Student Loan Repayment,” a 12-minute documentary, explores these early repayment options and follows the evolution of income-driven repayment plans.

25% OF BORROWERS in repayment on federal Direct Loans were enrolled in income-driven repayment plans in 2016.
1.1 MILLION BORROWERS defaulted on their student loans in 2016.
8 REPAYMENT PLANS currently available to repay federal student loans.
RUNTIME: 13:21
Download Our Viewing Guide
Read More Below
There’s certainly been a lively debate about what the terms of income-driven repayment should be….How much protection do we want to offer borrowers? But on the other hand, we want to make sure that borrowers still have incentives to borrow prudently and that we don’t take pressure off institutions in terms of keeping tuition in check.
KEVIN JAMES
Legislative Assistant, Office of Congressman Thomas E. Petri (R-WI), 2009-14
Repayment Framework
The federal government designed the first student loan repayment plan as part of the National Defense Student Loan (NDSL) Program—later renamed the Perkins Loan Program—in 1958. Federal repayment plans were not major topics of debate until the 1980s, when student loan default rates began steadily increasing.
1958
The National Defense Education Act created the nation’s first federal student loan program, the National Defense Student Loan, later known as the Perkins Loan. Under its repayment term, students had up to 11 years to pay off their loan through equal or graduated payments.
1965
The Higher Education Act (HEA) created the Guaranteed Student Loan (GSL) Program to make subsidized loans to low- and middle-income students, and its accompanying 10-year repayment term, later known as the Standard Repayment Plan.
1992
The 1992 HEA reauthorization combined subsidized Stafford Loans (formerly known as the GSL Program), Unsubsidized Stafford Loans, Federal Consolidated Loans, and Federal PLUS Loans into one overarching program called the Federal Family Education Loan (FFEL) Program. It also terminated the Income-Contingent Direct Loan Demonstration Project and created the Federal Direct Loan Demonstration Project to provide government-financed loans to students through their institutions.
The National Defense Student Loan Program…included a provision that enabled students to have their loans canceled up to 50%...if they chose to go into teaching….That program, in the large context, is the framework for almost all of the student loan repayment and forgiveness programs that we have today.
Tom Butts
Financial Aid Director, University of Michigan, 1971–77
Senior Staff, U.S. Department of Education, 1977–81.
Expanding Repayment Options
In 1993, the Omnibus Budget Reconciliation Act legislated that the Federal Direct Loan Demonstration Project expand to provide 60 percent of all new federal loans by 1999. To provide Direct Loan borrowers with various options, the legislation introduced three repayment plans: extended, graduated, and income-contingent repayment.
1993
The Omnibus Budget Reconciliation Act expanded the Federal Direct Loan Demonstration Project and established that it account for 60 percent of all new loans by 1999. Qualified Federal Direct Loan borrowers would be able to repay using three new repayment options: extended, graduated, and income-contingent repayment.
1998
The 1998 HEA reauthorization created the Income-Sensitive Repayment Plan for FFEL borrowers and authorized extended and graduated plans to be available for FFEL borrowers.
"We really emphasized that borrowers would have a choice about how to repay, and they could change that choice over time. So they would have the ability to repay by the standard 10-year repayment mechanism, by an extended period…by the graduated repayment mechanism of smaller payments in the beginning and larger payments later, or through what we called at the time the income-contingent repayment plan."
Maureen McLaughlin
Acting U.S. Secretary and Deputy Assistant Secretary
Office of Postsecondary Education, U.S. Department of Education, 1993–2002 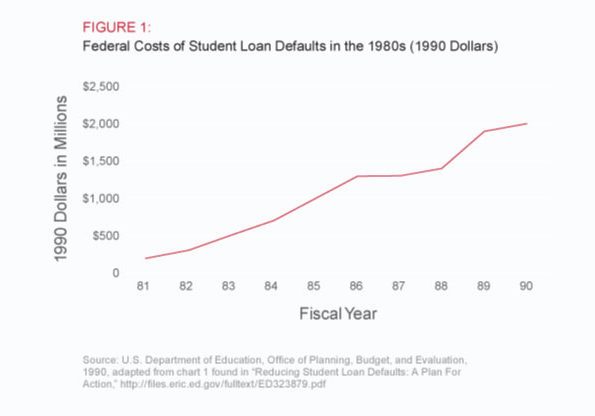 Moving to Income-Driven Options
With continued growth in college costs and student loan debt, income-driven repayment options were created to assist students and families with managing these expenses.
2007
The College Cost Reduction and Access Act created the Income-Based Repayment (IBR) Program for FFEL and Direct Loan borrowers with economic hardship starting July 1, 2008.
2010
The Health Care and Education Reconciliation Act (HCERA) eliminated the FFEL Program and revised the IBR Program to lower new borrowers’ loan payments to 10 percent (from 15 percent) of their discretionary income. It also forgave borrowers’ debt after 20 years of payments (instead of 25 years).
2012
A memorandum from President Obama launched the Pay As You Earn (PAYE) Plan, starting December 21, 2012. The PAYE plan has the same terms as the modified IBR program under HCERA of 2010, but is available to additional borrowers. PAYE extends IBR to borrowers who received loans after September 30, 2007, and continued to borrow beyond September 30, 2011.
2015
A presidential memorandum from President Obama announced the revised PAYE plan, for borrowers who received federal loans before October 2007 but who had not received loans since October 2011. Monthly payments remained at 10 percent of discretionary income. Borrowers’ debt would be forgiven after 20 years of repayment for students with loans for undergraduate education and 25 years for graduate education.
Over time the income-contingent, income-sensitive repayment plans, and the extended and graduated plans were still seen as not expansive enough to accommodate as many borrowers.
Joyce DeMoss
Ombudsman
U.S. Department of Education, 2011–present 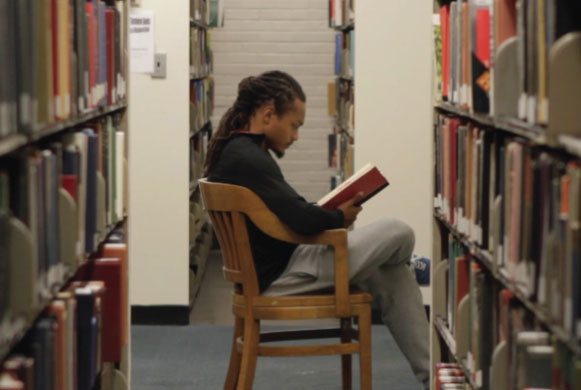 This paper examines the history of student loan forgiveness and loan repayment programs, which provide borrowers a means of having all or part of their student loan debt forgiven or repaid if certain conditions are met.

This document created by Federal Student Aid provides information about the income-driven repayment plans that are available to most federal student loan borrowers.

How to Repay Your Federal Student Loans

This article can help find the right repayment plan for you, learn how to make payments, get help if you can’t afford your payments, and see what circumstances might result in a loan being forgiven, canceled, or discharged.