“Pell Grant: Building Block of Student-Based Aid” chronicles the history of the program from its bipartisan legislative origins through its various selected subsequent iterations. This 14-minute film documents several key changes to the Pell Grant program, including efforts to broaden and limit student eligibility, ebbs and flows in funding, increases in the maximum award levels, and the creation of supplemental programs for Pell recipients.

7.6 MILLION STUDENTS received Pell Grants in 2015-16, up from 170,000 in 1973-74. Awards peaked at 9.4 million students in 2011-12.
$5,775 WAS THE MAXIMUM Pell Grant amount for the 2015-16 school year.
71+% OF PELL GRANT RECIPIENTS had an annual income below $30,000 in 2014-15.
RUNTIME: 13:49
Download Our Viewing Guide
Read More Below
Watch Chapter 4 Video
Prior to the Pell Grant, the aid went to institutions to give to students. With the Pell Grant, the dynamic changed.
DAVID EVANS
Professional Staff, U.S. Senate Health, Education, Labor, and Pensions Committee, 1978-96
Providing Access
The landmark Pell Program shifted the federal financial aid system from institutions awarding federal grant dollars to the federal government awarding grants directly to students.
1972
The HEA Reauthorization created the Basic Educational Opportunity Grant (BEOG, later renamed the Pell Grant). The award amount was not to exceed 50 percent of the actual cost of attendance at the institution of enrollment. Title IV eligibility was expanded to include for-profit institutions.
1973
BEOG began with $47.52 million to the freshman class of 1973 (i.e., 170,000 students).
1976
The HEA Reauthorization adjusted the BEOG eligibility criteria.
Senator Pell himself was a very strong advocate of a G.I. Bill for everyone…That was the vision they had: equal opportunity, give the money to the student, and let the student make choices in the education marketplace.
Thomas Wolanin
U.S. House Education and Labor Committee, 1975–81, 1985–87, 1991–93
Senior Staff, U.S. Department of Education, 1993–96 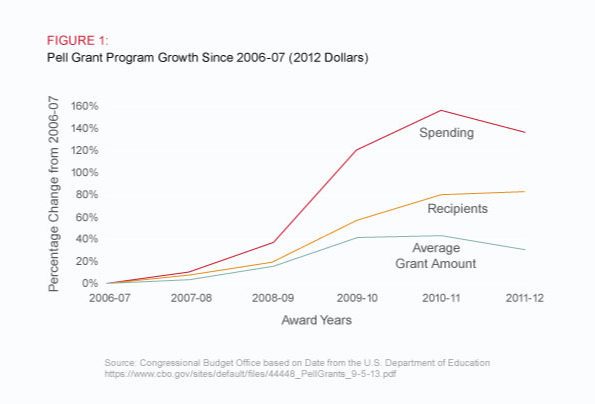 Becoming More Inclusive
Policymakers have debated the balance between managing program costs and maintaining or expanding college access since the late 1970s.
1978
The Middle Income Student Assistance Act (MISAA) expanded student eligibility by adjusting the formula.
1981
The Omnibus Budget Reconciliation Act repealed many provisions in the 1980 HEA Reauthorization, including MISAA.
1992
Congress changed the definition of “independent student.”
2005
The Higher Education Reconciliation Act created two grant programs for Pell-eligible students: the Academic Competitiveness Grant (ACG) and National Science and Mathematics Access to Retain Talent (SMART) Grant.
2007
The College Cost Reduction and Access Act (CCRAA) redirected savings from the federal loan program to the Pell Grant and provided mandatory spending add-ons through 2017. Mandatory add-ons increased the Pell maximum award, but only for students who qualified for the maximum discretionary award. It eliminated the tuition sensitivity provision and changed Pell eligibility by increasing the amount and types of income excluded from the formula.
When we expanded the pool of eligibles, we did so with the idea that if you had a rising tide it would raise all boats…trying to expand it to bring more people into it so it would have more support.
Dallas Martin
President
National Association of Student Financial Aid Administrators, 1987–2007 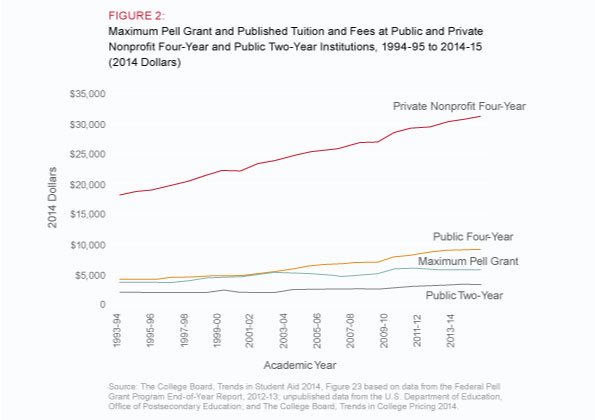 Adapting for the Future
The Pell Grant program has undergone expansions to serve more low-income students, while Congress has implemented measures to incentivize on-time completion. These include the creation of year-round Pell Grants, tightening student eligibility measures, and decreasing the total number of semesters a student may receive a grant.
2008
The Higher Education Opportunity Act (HEOA) authorized year-round Pell Grants, limited eligibility to 18 full-time semesters or equivalent, and set a new minimum award: Students must qualify for at least five percent of the maximum Pell Grant in order to receive an award. Students qualifying for five to 10 percent of the maximum grant would receive 10 percent.
2009
The American Recovery and Reinvestment Act (ARRA, known as the economic stimulus bill) provided an additional $17 billion funding to the Pell Grant program and increased the maximum award by $500.
2010
The Health Care and Education Reconciliation Act (HCERA) eliminated the federally guaranteed student loan program (known at FFELP) and savings were redirected to the Pell Grant program, creating a mandatory add-on for all Pell recipients and indexing the maximum Pell Grant to the Consumer Pell Index for five years.
2011
The Department of Defense and Full-Year Continuing Appropriations Act provided additional funding to fill a shortfall in the Pell program and eliminated summer Pell.
2012
The Consolidated Appropriations Act of 2012 provided additional funding to the Pell Grant program by making temporary changes to the federal loan program to fund a shortfall. Pell lifetime eligibility was reduced to 12 full-time semesters, and a new minimum award was set. Students must now qualify for at least 10 percent of the maximum Pell Grant to receive an award.
We decided that it was more important to maintain the size of the award...as opposed to maintaining the year-round Pell program. And that would literally save us billions of dollars. Again, not an easy decision, but the weighing and balancing of the kinds of decisions that we had to make at that time.
Melody Barnes
Director
White House Domestic Policy Council, 2009–12 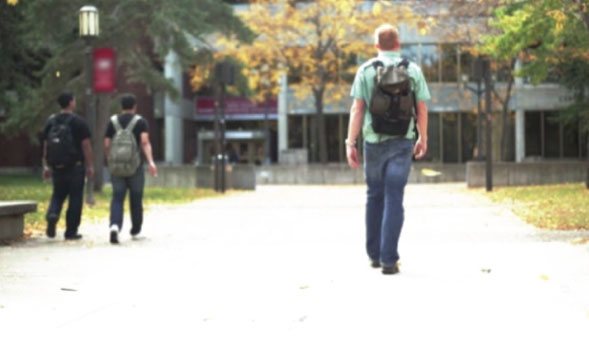 The Pell Partnership gives a full view of Pell Grant graduation rates at nearly 1,150 institutions, including an analysis of the national completion gap and best practices at institutions that are serving low-income students quite well.

Undergraduate students are borrowing slightly less and receiving more grant aid than those in school during the height of the Great Recession, according to an annual federal report detailing demographic and financial trends in education.

Changes in Pell Participation and Median Income of Recipients

In this paper, CAPSEE examines the effects of receiving a modest Pell Grant on financial aid packages, labor supply while in school, and academic outcomes for community college students.

Go to Chapter 4: HOW THE FEDERAL GOVERNMENT DISTRIBUTES AID TO STUDENTS